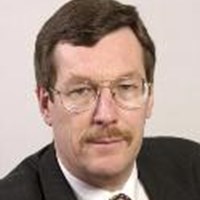 David Yeandle has been a PPI Council Member since the PPI’s inception in 2001 and was a member of the PPI’s predecessor body, the Pension Provision Group (PPG) chaired by Tom Ross OBE.

David is currently an MS Ambassador and Patient Advocate having been diagnosed with relapsing remitting MS in March 2010 and he is also a Pensioner Nominated Trustee of the Pirelli General Executive Pension and Life Assurance Fund.

He has recently retired from the part-time role of Director, Government Relations, of European Employers Group and he was the independent President of the United Nations’ Staff-Management Committee from May 2014 to June 2018.

Before retiring early from full-time employment in October 2010, he had been the Head of Employment Policy of EEF, the manufacturers' organisation, (now MakeUK) from 1995 representing the views of manufacturers on employment and pensions issues to the UK Government and the European Union. In the summer of 2010, he was one of 3 independent reviewers who were asked by the Coalition Government to undertake a review of pensions auto-enrolment and their Report, “Making Auto-enrolment Work”, was published in autumn 2010.

Before joining EEF, David had worked for some 20 years in the Personnel Department of Pirelli Cables, the UK manufacturing part of the international Pirelli Group, and for the last 6 years was the Director, Personnel.

David was educated at Bristol Grammar School and Emmanuel College, Cambridge, where he obtained a degree in economics, and he is a Chartered Member of the Chartered Institute of Personnel and Development and a Fellow of the RSA.

He was awarded an OBE for services to engineering and manufacturing employers in June 2008.